You may be thinking about embarking on a career as a designer or even switching careers from one kind of design to another. Since UX design is a growing area, there are more and more graphic designers looking to upgrade their skills to keep up with this trend and there are also plenty of would-be graphic designers who want to see what other kinds of design are out there before making a decision. I myself wanted to become a designer and wondered if graphic design was for me – however, I took time to do my research and realised that some of my existing skills would help me become a UX designer and I never looked back! Read on to find out more….

Both UX design and graphic design solve problems, involve a large amount of creative flair and keep people (users, audiences, the public, you name it) in mind, but it’s the specifics that place each discipline worlds apart.

To give an introduction, here are three main differences:

Both graphic designers and UX designers are well-versed in designing for humans, that’s for sure.

A UX designer, rather than merely making things look pretty, helps make products useful, inclusive and accessible. To be able to design interactions, a designer needs to work in a multidisciplinary way instead of being highly specialised. That’s why a UX designer can potentially be part of a design project at any stage, whether it’s user research, UX writing, making pencil sketches of mockups, or refining them in a digital design software programme.

UX designers don’t only design things that end users can see – that’s because they design interactions and not only how the website or app looks. You see, interactions need to be mapped out in different ways before designs are ready to hand over to developers to build. This can involve interviewing volunteers for usability tests, drafting user surveys and taking notes about what kind of things the average user encounters on a typical path through a website, such as from homepage to checkout. All those steps involve elements that aren’t visual but build up to a user-friendly end result. The first ways of representing things visually includes an affinity diagram which involves post-its or in a customer journey map with boxes and arrows. When user research is complete, a UX designer starts to make pencil sketches of what screens might look like and where buttons might go. A few versions later: enter the digital design tools!

Graphic designers, on the other hand, are highly specialised and focus on visual elements, to communicate a brand identity or a commercial goal. They are well-versed in colour theory, typography and layout and use visual elements to communicate a consistent message. We go through life recognising logos in a split second. Our eye can pick out a certain kind of typography that’s unmistakable – whether it’s Nike, Disney or Nutella! We can thank graphic designers for that. Very often our eyes can just pick up the essence of a certain brand or company without the visuals seeming too obvious or cliched, which is also an important result of the nuance and skill of nifty graphic designers.

Both graphic design and UX design solve specific problems, but it’s the specifics of those problems that differ wildly.

UX designers figure out what people want and need for ease of use through evidence-based research. They focus on the experience of the user and make products easy to navigate. What are the pain points of a certain app or website? What hinders a user, gets them agitated and makes them leave the site too soon? What makes a potential customer “give up” just before checkout? Similarly, it’s vital to know what makes customers keep coming back! What makes a user say that something seems “user friendly”? It’s not magic or coincidence. A UX team or a lone UX designer and/or researcher, finds out what users need and creates designs based on this evidence and then tests out these designs again and again. Only when the processes are validated after numerous iterations are the products considered a success.

Graphic designers also appeal to people, but the approach is different: graphic designers create an aesthetic that attracts people, based on branding guidelines set by the company or client. The requirements may be crystal clear or a small amount of research may need to be done to proceed, but this research would be minuscule compared to the depth and breadth of UX research.

Who they collaborate with

UX designers are most likely part of a product team and collaborate with product owners, product designers, software developers, UI designers and other stakeholders.

Graphic designers, on the other hand, are often part of a marketing team and they work with clients, art directors, copywriters and marketing managers.

There’s plenty of crossover in collaborations nowadays, and sometimes UX designers and graphic designers work side by side. Graphic designers often have input into user experience because in many companies, the graphic designers are tasked with developing the visual concepts for which the company brand is recognised. Both may work with product managers or product owners, but, of course, their specific reasons for this will be particular to their respective roles.

Now that we’ve explored the differences between UX design and graphic design, you might be clearer about what these kinds of designs entail and what a UX designer or graphic designer does. It’s been noted that UX is a growing field and many graphic designers are looking into what transferrable skills they have in order to venture into the UX field.

Luckily, the similarities between UX and graphic design lie in arguably the most important aspects of each: creativity, problem solving and user awareness. If you want to develop in either discipline, you’ll definitely bring those three valuable aspects with you, whichever path you take on your design journey. 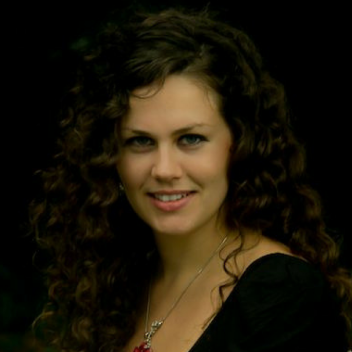 Rachel is a UX designer, writer and editor from Ireland, based in the Netherlands. She holds a Bachelor's degree from Munster Technological University and a Master's from Hogeschool voor de Kunsten Utrecht and in her free time she enjoys painting and running. View all posts by Rachel Deloughry