Failure, according to the Cambridge English dictionary, is the ‘fact of something or someone not succeeding’. Striving towards success is the ultimate goal. A successful presentation, an engaging discussion during a networking event, a promotion. How do we harness the power of failure, though? This article will discuss failure in the context of psychology and neuroscience, and how to use it effectively.

Does the fear of failure lead to more failure?

We’ve all experienced it, one way or another. We do our utmost to ensure it doesn’t happen again. Failure is a skill that we just can’t seem to master. In fact, a study led by MIT neuroscientist Earl Miller shows that monkeys, when failing a previously mastered task, tend to do worse than those still in the process of learning. Sounds familiar, right?

We share a common ancestor with lobsters, but why is this relevant? Both species experience defeat, followed by biochemical changes in the brain. Luckily for us, the consequences aren’t quite as dramatic as they are for our distant ancestors. Jordan Peterson, psychology professor at the University of Toronto and author of ‘12 lessons in life’, describes how after losing a fight for dominance and hierarchical purposes, the losing lobster will dissolve a part of its brain. This in turn causes a sharp reduction in serotonin. In lobsters, serotonin is a neurotransmitter responsible for aggressive, dominant behavior. It is less likely to succeed and faces social rejection. Meanwhile, the champion comes out overflowing with serotonin and a new placement in the hierarchical ladder. It stands proud.

Fortunately, humans do not end up dissolving part of their brain in response to failure. Granted, we perceive failure as a blow to the ego. We tend to retract from the world and hide our faces, fearful of social rejection. Our perception of failure comes from cortisol, the stress hormone, which leaves us feeling unaccepted and plays a role in rejection. In the workplace, failure is inevitable. Despite this, our perceived sense of self and how we believe others identify us makes us believe that we will be undermined. Our risk-aversion can potentially make us overthink and overanalyze, leading to more failure, just like those monkeys. It becomes a spiral. What’s the bright side of failure?

Eric Kessels, co-founder and creative director of the communications agency KesselsKramer, argues that the fear of failure itself may lead to the boring and mundane. We are risk-averse in this state and we create an ‘avoidance’ motivation which makes it more likely to happen again. The more we don’t want something to happen, the more likely it will. Instead, he describes how insecurity and giving into it is necessary to further develop creative processes and ideas. So failure should be a good thing. Some examples of accidental failures we still use and are incredibly successful to this day are:

Picking ourselves back up after failure is part of the process that needs to be respected, refined, and rehoned as a skillset that we should not want to lose. It might lead to something that empowers us, or something we can learn from. So how does one overcome the fear of failure? How can we utilize the power of failure?

As previously mentioned, we imagine that we will deal with social rejection. Humans are social creatures. The way others think of us is important as this develops the way we view ourselves, which is why it can be an incredibly useful resource. A study by Bormann and Shapiro discovered that speakers who were under the impression the audience thought of them as confident performed at a higher standard. Despite the simple hypothesis, it was valid. The more confident you appear and based on how confident you think others perceive you as, it plays a large role in how you perform. The statement ‘fake it ‘til you make it’ has a lot more power to it.

People need to have some substance to what they’re saying. But the way you say it and the way you act makes the difference. So the moral of the story is, don’t be the losing lobster. As Jordan Peterson said it, ‘Stand up straight with your shoulders back’.

If you are curious to learn more on the topic and studies mentioned above, visit the websites below: 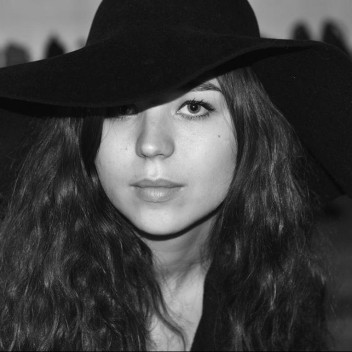 Elizabeth Godynyuk, Communication associate: Elizabeth is a communication associate at Knowco. Elizabeth completed her Masters in Biomedical sciences under the Neuroscience cluster at the University of Amsterdam and has worked in the academic sector. Her interests lie in utilization of psychology and neuroscientific processes to apply it to the corporate world. She is an avid believer in making the science behind behavior more accessible and understandable. At Knowco, she will contribute towards content creation in social behavior and towards better accessibility of research papers relevant to topics that may yield further collaboration in business-oriented content. View all posts by Elizabeth Godynyuk