Have you ever heard of the saying “fish cannot see water”? Organization culture is like the water.

A concept which often frustrates through its intangibility.  Lao Tzu would say “nothing is softer or more fleible then water, yet nothing can rezist it”.  So what do we refer to when talking about culture? Can we make it tangible to have an impact on it?

In his book, of Fears of Endearment[1], Prof. Sisodia describes that “what a DNA does for an organism, corporate culture does for an organization. A person’s DNA carries genetic information that is copied when a cell divides. The function of the DNA that is contained in the nucleus of each cell is to provide information on how to build and operate the organism”. An organism’s DNA needs to be genetically resistant and adaptive at the same time. The DNA perspective implies that the culture can perpetuate unconscious biases, in the absence of self-awareness and a growth mindset.

Do you have the extra miles ?

I personally like Professor’s Gooffee (HBR, 1996) “culture as a community”[2]. For him, culture is an outcome on how people relate to each other. He builds on two dimensions of human relations: sociability (measure of heart, referring to the friendliness among the members of the community) and solidarity (measure of mind, referring to the community’s ability to pursue shared objectives quickly and effectively, regardless of the personal ties). Sociability flourishes among people who share similar ideas, values, personal histories, attitudes and interests. The bright side of this culture is that the relationships are strengthened by the “comfort of sincere and reciprocal friendships.” (Goffee: 2010).

The value added of a high sociability is the creativity and openness to new ideas, mainly due to the fostering teamwork and a high commitment, as people are likely to work harder and go beyond the formal requirement of their jobs, the so-called “extra mile”. The work finishes when the job is done rather than a formal day end. The dark-side of sociability is characterized by tolerance for poor performance (hence, low accountability) and a high degree of consensus (causing slow decision making).

Make the Effort to Belong

“The most exciting breakthrough of the twenty-first century will not occur because of technology, but because of an expanding concept of what it means to be human.”
John Naisbitt

The network among friends becomes more powerful than the formal hierarchy, which is slightly ironical for high-sociability cultures, where the hierarchy and titles are praised. Solidarity nurtures relationships based on “common tasks, mutual interests and clearly understood shared goals that benefit all the parties involves, whether they personally like each other or not “(Goffee:2010). One of the hallmarks of solidarity is a “certain ruthlessness and piercing focus” which can be highly beneficial for customers and shareholders”. Usually companies will have one or more cultures active across its teams, divisions or offices.

Gone with the Flow

Be ready to change course. Normally, every company starts as a communal culture, known also as family culture, with a high level of loyalty and commitment from the employees however it is hard to maintain a balance between sociability and solidarity in groups larger than 100 (Goffee, 2003).

“During the growing stages, people follow their leaders. As the organization ages, the flow of energy changes: now, the leaders follow the people.”
Ichak Adizes

[2] Goffee, Rob and Jones, Gareth (2003). The Character of a Corporation. How Your Company’s Culture Can Make or Break Your Business, Profile Books. 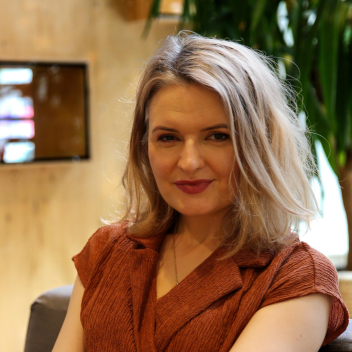 Cristina is a founder and storyteller, passionate about building innovative cultures which transform organizations and societies. She is interested in funding affordable and accessible innovation for societal impact. Cristina has international experience in bringing innovation to publicly and privately funded markets. She is based in Amsterdam, the Netherlands. View all posts by Cristina Elena Penciuc